Have you ever needed a photographer for a portrait or wedding? A very special event? You could go to any walk-in store to have a picture made but, for something very special, you'd sit with a professional. That professional would interview you. Find your wants and needs. Advise you on what to wear, places to be photographed, time of day, hair styles and so on. They help with your plan or help you make a plan. They don't just make snapshots.

When you have a personal style and plan you want to follow, your web site should follow your path. It reflects who or what you are. It should be as unique as you are because anyone can be just like everyone else.

Rob Belics was born in St. Louis and raised by middle-class parents who wanted him to become an engineer.

He went on to work fulltime as a “permit man”—filling in for broadcast engineers at radio and TV stations around town. It reminded him of the Astrology book someone gave him that said, as an Aquarian, he would have one foot in the sciences and one foot in the arts.

That might explain why he gained jobs at Silicon Graphics and Pixar. And why he has created web sites for theatre companies in Chicago and restaurants in St. Louis.

Rob has been involved in radio, television and theatre productions for decades on the technical side but with an understanding and appreciation of the art of presentation and production.

Yes, you did see him standing behind Gerard Butler or Zachary Ty Bryan. Perhaps talking to Philip Seymour Hoffman or Tom Hardy.

His wireless controlled devices, including “fire in a bucket”, was featured in several Chicago theatrical productions.

Rob created the first and only regional Subway Sandwich online menu and ordering system in St. Louis in 2005. His “St. Louis Sub” was part of a regional advertising campaign. Rob was on Subway’s advertising board for several years.

You have probably used the vending machines he designed as an electronic engineer and, if you ever had eye surgery, the doctor used the medical device he designed. 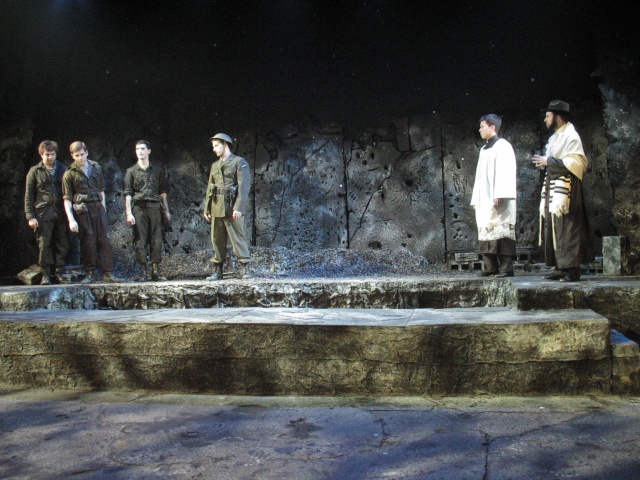